The Difference Between Poaching & Trophy Hunting 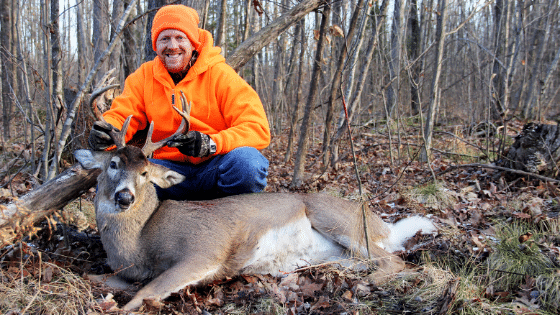 Poaching is hunting without legal permission from whoever owns that land. Trophy hunting requires a license or getting a permit that contains regulations that hunters must abide by for certain animals. For instance, in Africa, you must follow particular rules to hunt there. The government gives hunters permits to kill a specific animal, and they can’t straw away from the animal. It’s a significant revenue stream for African governments with big game hunting. They allow hunting, but on their terms, dictating where and what you can hunt, as well as with what weapon.

Hunters must be escorted by a licensed professional hunter and tour operator at all times. An American dentist thought he had a legal permit to hunt and kill Cecil, the lion, but was accused of poaching instead. He paid $50,000 to kill him.

Cause and Effect of Poaching

There are several reasons why someone poaches, such as people wanting to stop animals from encroaching on farms; it’s also used as a sport. For years, poaching has been a severe problem because it directly affects animals living in the wild. Many species, once very common, are becoming extinct due to poaching. It affects local communities, wildlife populations, and the environment.

In 2011, the IUINC (International Union for the Conservation of Nature) declared the Western Black Rhino as extinct. Unfortunately, poaching is a lucrative business, more than other jobs available in places like South Africa and China. The poaching of animals has a devastating effect on a community’s tourism industry.

Environmental effects from poaching include the North American grey wolf. When it was near extinction, the elk, which grew in population, ate almost all of the aspen trees to extinction since they had no natural predator.

Why Trophy Hunting is Good

Unlike poaching, hunting is good for wildlife. Legally regulated trophy hunting never threatens species, only enhances wildlife populations, since hunters typically hunt old, diseased, or dying animals. Hunters do the most to preserve the species they hunt, acting as conservationists that practice sustainable use of wildlife resources.

Trophy hunting plays a crucial and irreplaceable role in land and wildlife conservation. Millions of dollars go into the economies of African communities, offering compelling incentives to both governments and private landholders, enabling the preservation of land for wildlife. The IUCN reports that:

Without conservation hunting, the human-wildlife conflict would increase in these African nations.

If you’re looking for that perfect hunt or need the right guide for hunting, please contact R&K Hunting today. We have experienced hunting guides who can show you the best hunting habitats in Utah and Wyoming.