Taking Big Game Season To The Next Level 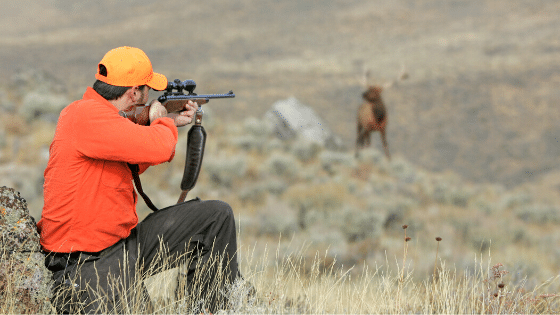 Big game season is the most exciting time of year for hunters. You’ve been practicing your archery and muzzleloader skills all year, and now’s your chance to show them off. If you’ve participated in a big game season for a few years now, don’t get too cocky—the best hunters know that there’s always room for improvement. Setting unrealistic expectations about the number of games you can hunt as you comfortably sit on your chair will only leave you feeling disappointed.

Only the best hunters know that sharpening their skills is a year-round process, not just when hunting season comes around. Expert hunters take full responsibility for their hunting misses, and they’re always identifying ways to take the big game season to the next level. Whether you’re a beginner or a professional, here are some ways to help you refine your hunting skills this big game season.

Some of the best hunting advice you will receive may sound counterintuitive, but you should always keep an open mind. For example, many hunters make the common mistake of leaping when they detect prey. Jumping out at a wild animal is the easiest way to scare them off, so you’ll want to avoid doing that at all costs. Instead, take your hunt slowly. If you’re an antsy hunter, one of the best tips you can pick up on is to use your watch as a guide. Decide on a time to stand still, such as five minutes. Setting up a timer will force you to stay still and quiet for the designated amount of time so that you won’t scare off any potential targets.

Pick your landmarks wisely. When you circle an animal by walking around it and silently sneaking up behind it, it’s easy for you to become disoriented as you change your location. Select a distinctive landmark that you can recognize from the back, such as a fence, a large tree, or a big rock to help guide you to the proper spot.

There’s no such thing as a non-competitive hunter. Even if you only hunt recreationally, other hunters consider your competition—it comes with the territory. Everyone is trying to score game, and you’re up against triple the number of people during the big game season. Many roads are blocked these days to restrict vehicle access, so you’ll have to primarily rely on either riding a horse or traveling by foot. Hunters park their car at the gates before entering the field, and then they hike up the rest of the road. It’s best if you get ahead of the pack and park at the gates by midnight.

Don’t ever follow the leader when you’re hunting. If you’re in the middle of tracking a deer and you discover that a rival hunter is in pursuit of that same deer, there’s no sense in following the other hunter. This doesn’t mean that you should give your competition an easy target; instead, make a big circle around the deer. Chances are, the other hunter will only keep pushing the deer forward in a straight line. The other hunter may even accidentally push the deer closer to you. This is your chance to strike.

Hunting is a stressful enough activity, and when you’re out in the field during big game season, it’s you versus everyone else. Save yourself the stress of getting a head start at midnight and instead hunt with a private guide. R & K Hunting offers guided hunts in pristine, private lands situated in both Utah and Wyoming. Contact us today.