An Introduction To Trophy Hunting 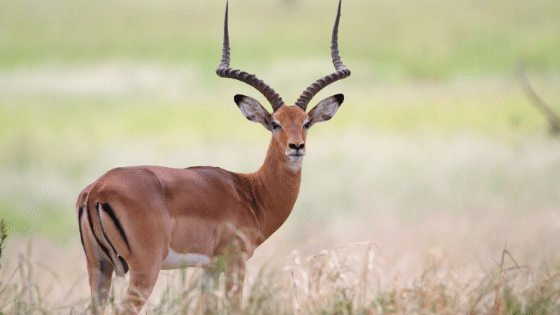 You see on social media, your uncle or brother/sister just scored at hunting. They proudly photograph themselves with a lion or bear and plan on mounting the head in their den or family room. This type of hunting is called trophy hunting.

Learn more about what trophy hunting is and statistics on this highly controversial subject.

What is Trophy Hunting?

Trophy hunting is the act of shooting carefully selected animals, such as lions, bears, pumas, rhinos, and elephants, under formal government license for pleasure. Usually, the trophy is a part of the animal (its head, antlers, horns, or skin) you display in your home or business. It’s a souvenir, hunters keep after a kill and is a booming industry. Taxidermists clean and dress trophies for museums, hotels, restaurants, and residential homes.

Trophy hunting does have restrictions, so you can’t just go anywhere and hunt any game. You also can’t use any weapon for hunting trophy animals. Hunters usually spend large sums of money on killing the animals and taking particular pride in their experience. They may do it for the thrill of the hunt or as bragging rights; some even do it for competition, to see if they can get into the record books. Many hunters would preserve them as a memento of the hunt, mainly if it were a family experience, such as with father and son or daughter.

When trophy hunting took off in the 20th century, critics of it sought to restrict or ban the practice. The revenue generated by hunting tourism extends across the world, with Africa establishing its first game ranches in the 1960s. Fast forward to 2000’ and approximately 7000 fame farms and reservations operate within South Africa on about sixteen million hectares (a measurement of land).

In the U.S., trophy hunters imported over 1.26 million trophies from 2005-2014, with Canada the leading source of imported trophies. The top ten species imported were:

According to the National Geographic News, the five most prominent trophy species imported into the U.S for the years 2005-2014 were lions, rhinos, elephants, buffalo, and leopards for a combined total of 32,500. From Africa, it was the lion, elephant, leopard, buffalo, with the Southern White Rhino. Mexico boasts of a hunting industry valued at around $200 million, with approximately 4000 hunting ranches.

Frequently, trophy hunters target the oldest animals past their breeding age or who wouldn’t survive past another winter or dry season or would die from exposure or starvation. A quote from the great hunter Elgin Gates said it best:

“The true trophy hunter is a self-disciplined perfectionist seeking a single animal, the ancient patriarch well past his prime that is often an outcast from his own kind… If successful, he will enshrine the trophy in a place of honor. This is a more noble and fitting end than dying on some lost and lonely ledge where the scavengers will pick his bones, and his magnificent horns will weather away and be lost forever.”

For the best-guided hunts or to book a hunting trip, contact R&K Hunting Co. today. Our experienced staff can direct you to the best trophy hunting areas in Utah & Wyoming.